Home
HAWK TALK
Friday morning (April 15) at 7:00 a.m., we kicked-off our 5th annual “Great Easter Keg Hunt”. Our resident Easter bunny, Peter Cottonmouth, hid empty beer kegs around the Yakima Valley and it was your mission to be the first to find any one of the 12 kegs based on the clues we gave out over the air. Every keg was worth a minimum of $150 in prizes – everything from concert tickets to see Stevie Nicks, Styx, REO Speedwagon and Slayer, to gift cards to local restaurants, coffee stands and brewpubs.
But the Big Kahuna was worth $1,000 cash!Following the hunt which wrapped-up around 11:00 a.m., everyone met at Single Hill Brewery’s taproom. Anyone with a keg got a wooden token for a free beer thanks to Ty and Shelby at Single Hill and then had the chance to randomly draw a golden egg. Inside each egg was a slip of paper with a number on it. Each number corresponded to an envelope that contained the treasure trove of goodies.We got halfway through before Brenda Black pulled the $1,000 dollar envelope! Congrats to her and all of the winners! Big thanks to all who participated and showed up at the “Hoppy Hour” party!We’ll do it again next year!Congrats to all 12 of our eagle-eyed keg finders:
#1: Jeremy Sauve who found his keg, named “Dazed” at Krispy Kreme Donuts.
#2: Lisa Kitchen corralled “Stumbled” at Highsteppe rock wall park.
#3: Mike Anthony‘s keg, “Surly” was located at Abby’s Pizza.
#4: Ed Cox located “Blitzed” at the Hilton Garden Inn.
#5: Jared Dagenais scored “Schnockered” at King’s Row in Selah.
#6: Brenda Black won the big money with her keg “Sloshed” which she discovered at Hop Capital.
#7: Kim Johnson found “Buzzed” – which proved to be the most difficult to find – at the Yakima Hand Clinic.
#8: Heidi Evans – and “Chug-a-Lug” were united at the Public House in Terrace Heights.
#9: Dave Sanderson located “Tripsy” at Valley Quality Homes.
#10: Herbert Stwyer snagged “Tipsy” at the Sporthaus.
#11: Stacy Sainsbury was out at the McAllister Aviation Museum when she spotted “Remorseful.”
#12: Tracy Blanchard wrapped the morning up when she spied “Blasted” at Bron-Y-Aur Brewing in Naches. 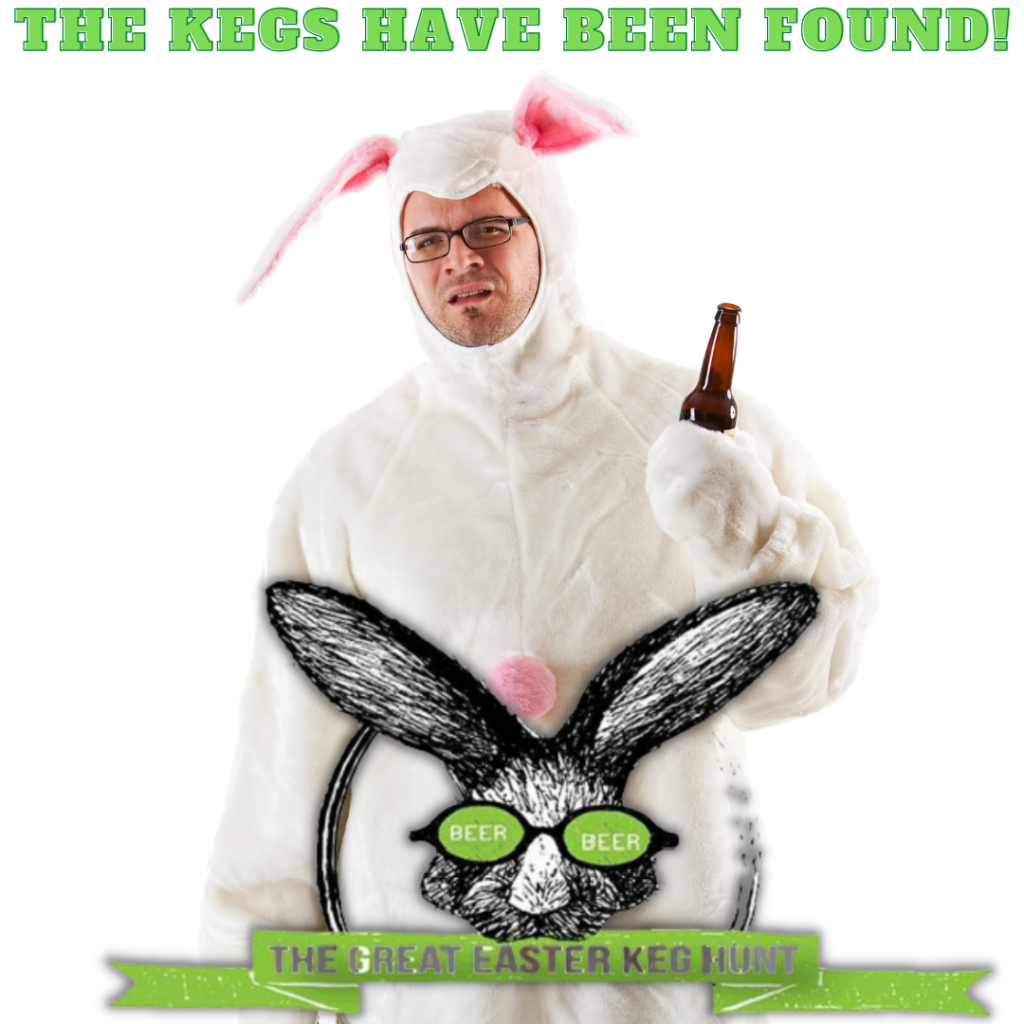