It was on this date, June 2nd, in 1989 at just after midnight that I first cracked open a microphone on a “real life” radio station.

It was 33 years ago today I worked an overnight shift on 104.1-FM KXDD. The “Double D” was, and still is, theheritage radio station in the Yakima Valley and I was fortunate enough to land there – even though I knew next to nothing about Country music at the time and was still rocking the “Mullet of Doom”.

After my first shift ended at 6:00 a.m., I graduated from West Valley High School about 6 hours later that day. I don’t remember much of either, honestly. My nerves were SHOT!

Fast forward to present. I’m proud to say that I have made a career out of telling fart and weiner jokes in between Ozzy Osborne records that has allowed me to stay in the Yakima valley that I love, be close to my parents, siblings, childhood friends and, just as important… YOU!

Coincidentally, I received this message from 105.7 The Hawk loyal listener Celia Laurie (who had no clue that today is a huge milepost for me). It read as follows [sic]:

“Long time ago when you first started on the other station, my son called in about 6:15 one morning saying that nobody loved him on his birthday because he couldn’t find a present or a cake. You and your partner at the time proceeded to tell him it was okay, that you loved him. Then you gave him a plethora of gifts, a gift certificate to a pet store, an ice cream cake from dairy Queen, a station t-shirt and a CD.
Every year on his birthday he rubs it in my face that you cared more about him than I do.

Have a great day.”

Later today, I got my first piece of “fan” mail from some students who I visited at a job fair a couple of weeks ago. They were homemade “thank-you” notes and cards. 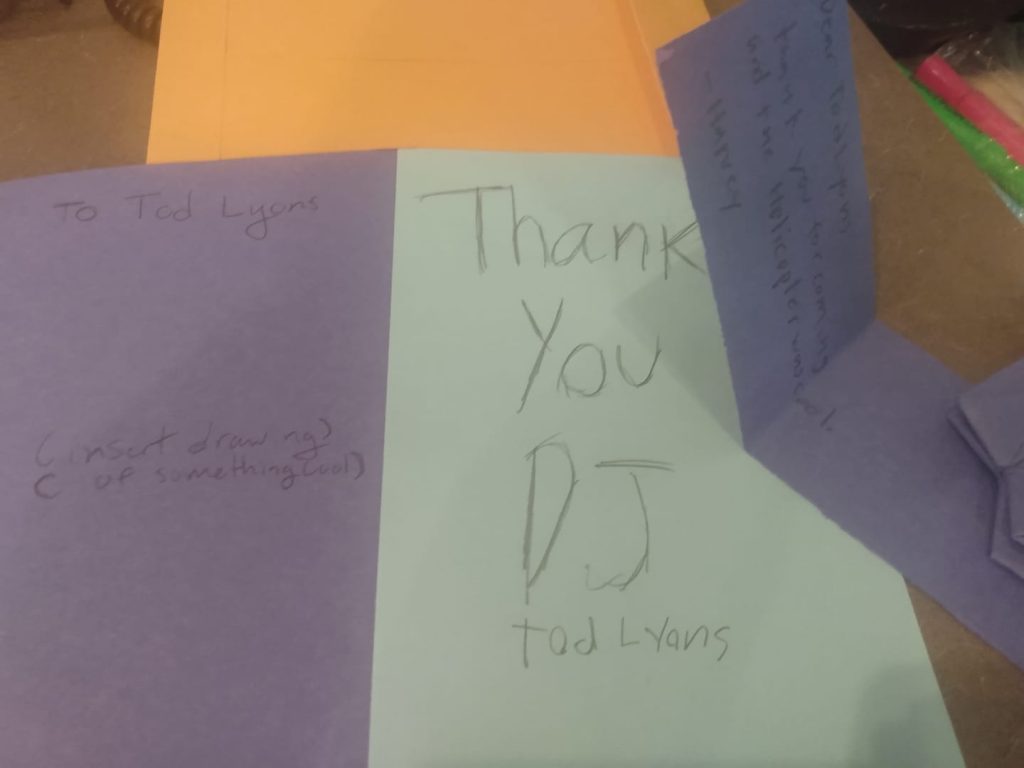 To say that this “job”, if you will, has blessed me beyond my wildest dreams would be the understatement of the year or, in my case, 33 years!

Thank you for letting me be in your life for all these years.