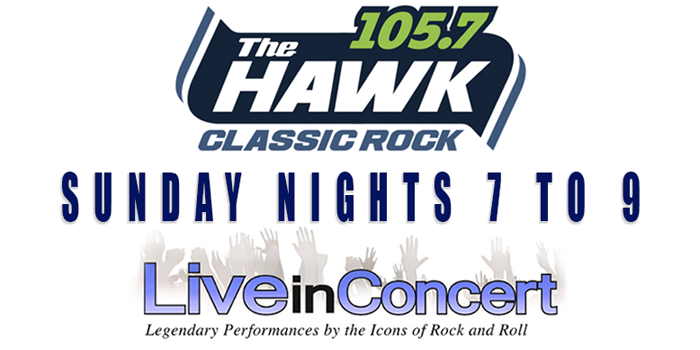 This week:
Most bands, after they write music, head to a professional recording studio to lay down the tracks, and mix the album. But when Heart finished writing the songs for their 15th album, “Fanatic,” they recorded the songs in various hotel rooms! It certainly gave the album a unique sound.

Shortly after releasing the album, Heart went out on tour. On this broadcast of Live in Concert, we’re bringing you the final concert from that tour.

It was a legendary performance by Heart, captured live at Caesar’s Colosseum in Windsor, Ontario, Canada, on July 28, 2012.

Next week:
On this broadcast of Live in Concert, we’ll hear a classic concert from Bob Seger and the Silver Bullet Band.

It doesn’t get much better than this- it was captured live at Boston Garden on October 6th, 1980, during the tour to support his landmark album, Against The Wind. Seger and the guys were sounding their absolute best!

“Turn The Page,” “Katmandu,” “Night Moves,”– they’re all there in the setlist, and a lot of other classics too!